Originally published on Medium, which can be found here.

There are times when you’re interested in knowing additional details about the Javascript Object that you’re handling, such as whether you’re handling an Array, Date, or standard Object. However, the typeof operator, when used against these different objects, returns the following results:

A major pitfall of using the typeof operator in order to determine the type of objects such as Array and Date is that they return 'object’. For more details, you can view the spec here, but the tl;dr is that all objects except functions and “non-standard exotic”, non-callable objects will return object when passed to typeof.

So how do I know what object I’m dealing with?#

Fortunately, there’s a way to get values such as 'array' , 'object' , 'date' , etc. from those objects, and that’s where Object.prototype.toString.call() comes in.

How does it work?#

The toString method is available to all objects that are children of Object , which Array and Date are. The inherited behaviour of toString, where [object <type>] is returned, is usually overridden by the more specialized objects. For instance, when the toString method is called from a Date object, we would get “Tue Apr 10 2018 09:23:37 GMT-0400 (EDT)”. 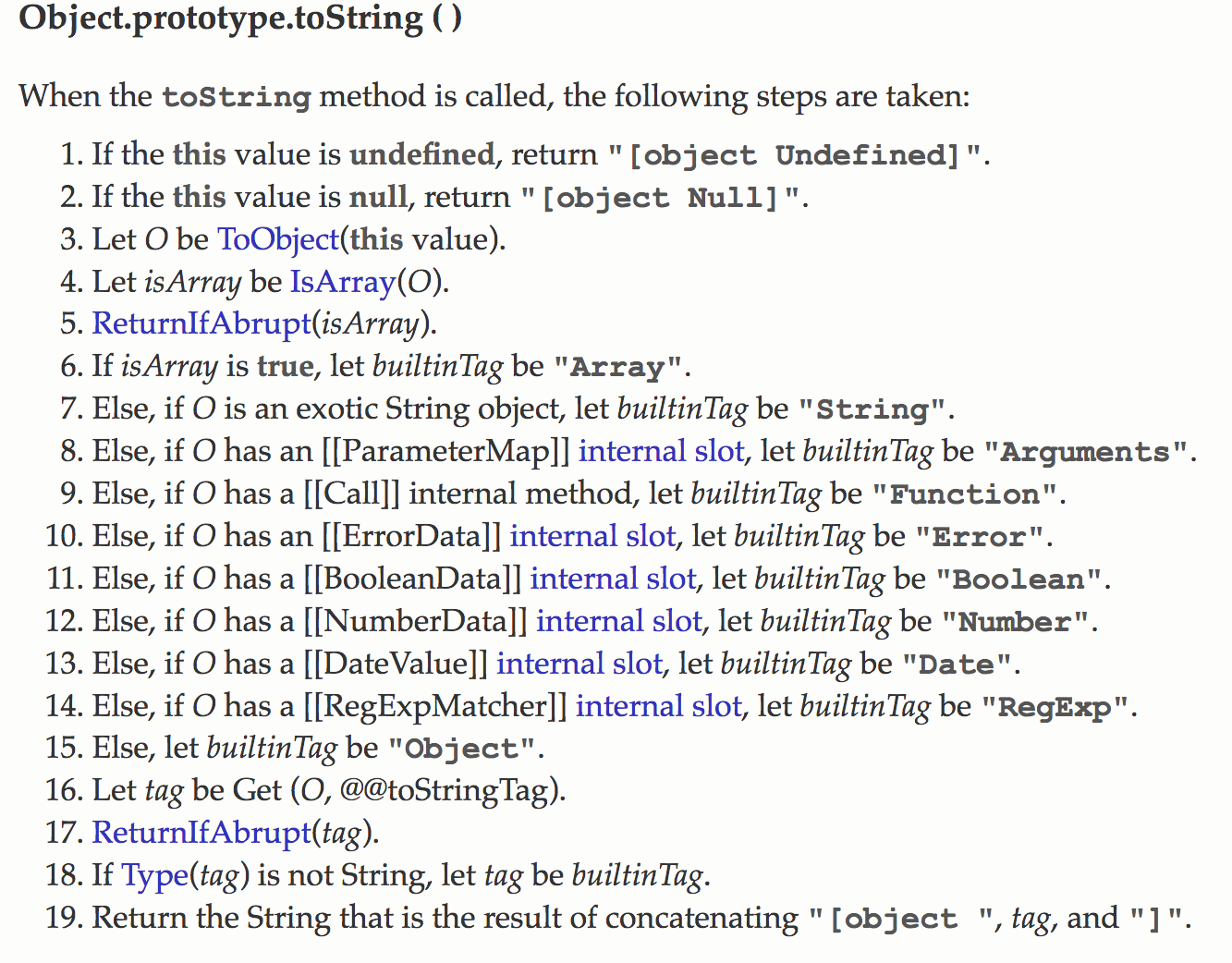 In other words, going back to our example from earlier, by using Object.prototype.toString.call to determine the type of our objects, we would get the following results:

How can I determine whether my object is a particular class type?#

The instanceof operator can help you here. You can learn more on the MDN page for this operator.

Resources used for this article#